How I'd do the BBC Digital Revolution programme 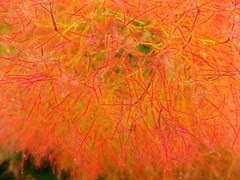 The BBC are making a programme called Digital Revolution

They are making it in public view, showing rushes as they put the film together, asking questions about content on their blog and getting ideas on the final title (as Digital Revolution is a working title) on the blog and twitter.

The questions asked by each of the episodes are:
Are all web users created equal?
Can the nation state survive the web?
How much are you giving away for free?
How is the web affecting our brains?

I had my chance to give input earlier in the process, so it's a bit late now, but if I were making a series about how the web is changing the world it would be a bit like this:

Look at eBay - it gives us a way to sell our stuff instead of chucking it away and people run small business from our home.

Look at FriendsReunited and Facebook - we're getting in touch with people we used to know more easily and remaking old friendships.

Look at Amazon, they ran at a loss at the beginning, but they pursued their vision to become a major online retailer and they've managed it.

Look at forums and chat rooms, people from across the world are making friendships with people they might otherwise never meet. People are finding support from people in similar situations to them.

Look at blogs and twitter, people are sharing stuff about themselves in a way they never had a chance to before. What's the future for newspapers and TV? (It looks like some of this is covered in programme 3.)

Look at mp3s and iTunes, what's the future for the music industry? (Same remark about programme 3.)

I'm looking forward to seeing these programmes. I think such a documentary series is long overdue as the internet has changed things in so many ways and I can't recall any mainstream documentary from the BBC covering anything in this area. (I know there's a programme called "Click" that I never watch which probably covers this stuff.) Blogs and print media alike are always wringing their hands over the future of music and print media, so it's good that these things are going to be covered at last.

So the BBC's approach is a bit more academic (not meant in a pejorative way) and focussing less on individual sites than my approach would be. Given the non-commercial nature of the BBC an hour long advert for eBay probably wouldn't go down very well.