June 17, 2011
Regular readers of this blog will know that I post from time to time when my photos get used on other websites. I do this mostly as a way of noting it down somewhere, as well as because I find it slightly exciting.

Google are rolling out a new reverse image search which is available for some people using the Chrome browser. If you go to images.google.com and there's a camera icon in the search box, then you've got it.

I did a search for one of my popular pictures on flickr (below) and found 18 places which are using it. I started contacting the websites saying they were using it without permission, but gave up after a couple. You are allowed to use it so long as it's not for commercial purposes, and as long as I get credit. Those sites weren't. I'm not really that annoyed, as it's not as I make money out of my photos, but it's the principle of the thing. Most of the sites are visitors guides to Cadbury World, one of which looks a bit like an official one, but isn't. 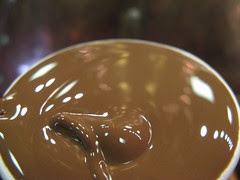 paulmerrill said…
Thanks for the reminder about this new tool, Paul.