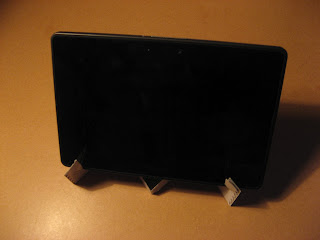 When I got a Playbook I wanted to use it to listen to BBC iPlayer while doing the washing up. So I made a cardboard tablet stand out of the cardboard you get with new shirts.

The PDF below is for a Playbook but I would have thought that any seven inch tablet, like the Kindle Fire or the Google Nexus 7 would fit. If in the unlikely event they are more chunky than the Playbook, you can just cut the slot wider. It's probably more sturdy if you make it out of a corrugated cardboard. 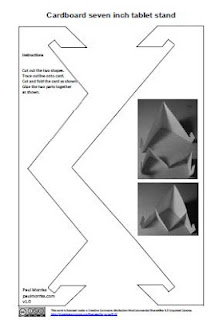 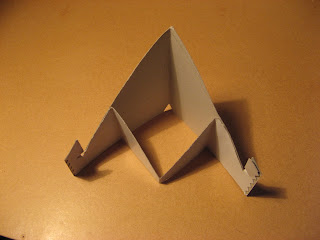